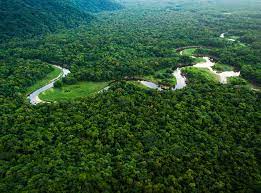 9200 species of trees in the world are still unknown, global research

Indiana: The first and most comprehensive global study of its kind reveals that there are approximately 73,000 species of trees worldwide, of which 63,800 are known to date, while 9,200 species are still unknown.

9200 species of trees in the world

The study involved more than 100 scientists from dozens of countries, from the United States to Russia, and from India to Australia. However, they did not include any Pakistani scientists or research institutes.

The research, published in the latest online publication of the Proceedings of the National Academy of Sciences, is based on two extensive global databases on trees and forests, the Global Forest Biodiversity Initiative and the Tree Change. Was used.

9200 species of trees in the world are still unknown

Each of these databases contains information on the natural habitat of thousands of trees, average height, stem thickness, canopy spread, information on fruits and berries grown from them, total number of these trees worldwide and geographical distribution. Including all the details have been collected after decades of hard work.

How many trees of which species in which area? To find out, all the above information was placed in the same order in boxes 100 km long and 100 km wide on the world map.

At the same time, information about the “biome” of each area, ie the plants, soil, wild animals and climate conditions found there, was also taken into consideration in this study.

After careful comparison of “biomes” in different regions, experts estimate that about 9,200 species of trees are still unknown today.

They also say that this is the first and largest study of its kind in which the estimates made are certainly cautious but the information (data) used for them cannot be said to be complete in any way. Because there is still limited information available about many areas.

This means that other similar investigations in the future may lead to very different estimates.

According to the report, about 43% of the tree species are found in the continent of South America, which is the highest rate of any other continent. Eurasia (a combination of Europe and Asia) is second with 22% of the trees,

Africa is third with 16%, North America is fourth with 15% and Oceania is fifth with only 11% of the tree species. This includes many smaller countries in the Southern Hemisphere, including Australia and New Zealand.

Such research is considered essential in the face of climate change, deforestation and large-scale wildfires, as they help us better plan for the future and protect forests.