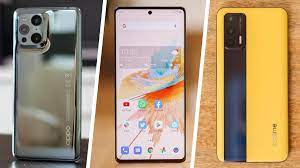 According to technology website GSM Arena, the phone, dubbed the Real V25, features a 6.6-inch LCD.
With a refresh rate of 120 Hz, x 2412 1080 pixels resolution and 400 ppi density, this mobile offers a nice display.

The V25 features Realme’s own operating system, Realme UI 3.0. That’s the best combination of Adreno 619, Octa Core processor and Qualcomm SM6375 Snapdragon 695 FiveG chipset.
It is expected that this combination of chipset and Adreno will give the phone a chance to perform better.
Weighing in at 195 grams, the Real Mi V25 has been introduced with 12 GB RAM and 256 GB storage.

For selfies and video conferencing and calling, there is a 16-megapixel wide-angle camera on the front with panorama and HDR features.
The V25 features a side-mounted fingerprint sensor to lock and unlock the phone, while other sensors include an accelerometer, gyroscope, proximity and compass.

With a 5,000 mAh lithium polymer battery and 33 watt fast charging support, the phone is introduced in three bright colors: Midnight Black, Ora Green and Sunrise Blue.
Initially, the Real V25 was offered for sale in China at 1,999 yuan (56,500 Pakistani rupees).