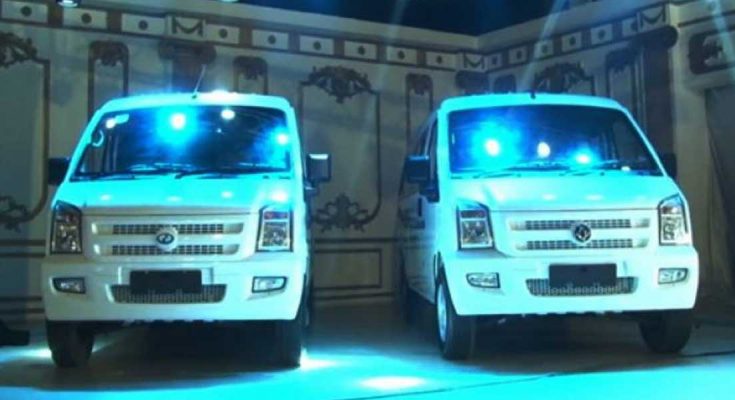 Pakistans new electric car costs only Rs 3 per km . For the first time in Pakistan, the introduction of commercial electric vehicles has been announced.

In the current era, inflation has doubled the lives of the poor people while rising prices of petrol and CNG have made it no longer possible for the middle class to travel by motorbike or car but great news has come for the people afflicted by inflation. Is.

Sitara Engineers Faisalabad and Tesla Industries Islamabad announced for the first time in Pakistan the introduction of ‘Multi Purpose Commercial Electric Vehicles’ and ‘EV Charger’ and ‘AC Charger’ for charging them.

The vehicles will be imported from China under a joint venture between the two companies and will be assembled in Pakistan by next year.

Speaking on the occasion, Ahmed Nawaz, Director, Sitara Engineers, said that the purpose of introducing commercial electric vehicles is to make it easier for the people and its buyers should know how much they have to travel at a time, as commercial vehicles. Knows his point, how many kilometers he has to cover.

He said that these vehicles are very low cost and the commercial electric vehicle will cost about three to three and a half rupees per kilometer and besides that we will also give warranty for these vehicles in which two options will be given.

One and a half lakh kilometers or 5 years warranty will be given.
The car has 11 seats, will travel 250 km on a single charge with air conditioner and has a maximum range of 300 km while the battery will run for about 1 million km.

In any case, the genuine advantage of this vehicle will be to the climate as it doesn’t transmit smoke because of the shortfall of silencer in it and furthermore the public will be saved from changing the channel other than petroleum and diesel

It is to be noticed that Pakistan has declared that by 2030, essentially 30% of the vehicles in the nation will run on power to diminish ecological contamination.