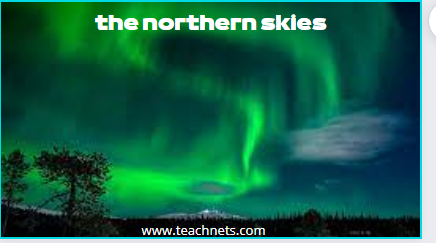 The Northern Lights is one of the most spectacular views of Earth, but astronomers are only interested in the science behind this phenomenon. Plan to study the northern skies

The US space agency NASA has announced plans to send two rockets through the light to study how our planet exchanges energy with the space around it.

Plan to study the northern skies

This phenomenon, called aurora borealis, occurs between the boundaries of the neutral atmosphere that covers our planet and the electro-reactive material known as plasma that forms the space.

Sometimes when electrically charged particles enter our atmosphere from space, they collide with the neutral particles and illuminate them, resulting in a beautiful dancing light wave in the sky.
However, this Aurora also extends the wider border layer, and NASA hopes to study the same effect on the layer in its next mission.

NASA said that as the troposphere, the inhabitants of the lowest ecological layer of the earth, we are accustomed to the air made of neutral particles. The oxygen and nitrogen in our breath are magnetically balanced atoms and molecules.

“But hundreds of miles up, our air begins to change,” NASA said. Due to the sun’s rays, the air carries a positive charge.