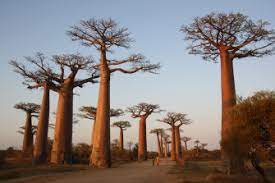 species of trees have yet to be discovered on Earth. A report published in the prestigious journal PNAS by the American National Academy of Sciences states that the availability of complete information on all types of trees is essential for the conservation of forests on Earth.

Why are forests declining in Germany?

According to the report, where there is complete information and awareness about the species of trees, practical steps can be taken for their protection.

species of trees have yet to be discovered on Earth

Thousands of species of trees
So far, complete identification of 64,100 trees of the earth and information about them has been collected. A report by the American National Academy of Sciences shows a 14 percent increase in the number of known trees.

India: Trees are more important to the tribes than diamonds

This report provides estimates for possible new types of data. Researchers estimate that the total number of trees on earth is 73,300. Thus, human beings are still unaware of the nine thousand two hundred species and their search is yet to be completed.

trees have yet to be discovered on Earth

Tree area
This important new report also states the percentage of trees in which areas of the earth. Forty-three percent of the more than 64,000 species of trees are native to South America.

Humans are still unaware of the 9,200 species of trees and their search is yet to be completed.

According to researchers, half to two-thirds of tree species are found in tropical or subtropical regions of tropical countries. Tropical and subtropical regions are located on different continents. Significantly, tree surveys have recently been completed in these areas.

‘Ten billion trees’ plan, a waste of money and resources

Danger of extinction
A report by the American National Academy of Sciences states that trees found in areas without human settlements are more likely to become extinct.

On this occasion, it is thought that a large proportion of certain species of trees are yet to be discovered in different regions. Survey teams of biologists and botanists have not yet arrived in these areas. In these areas, tree species may become extinct.

Half to two-thirds of the tree species are found in tropical or subtropical regions of tropical countries.