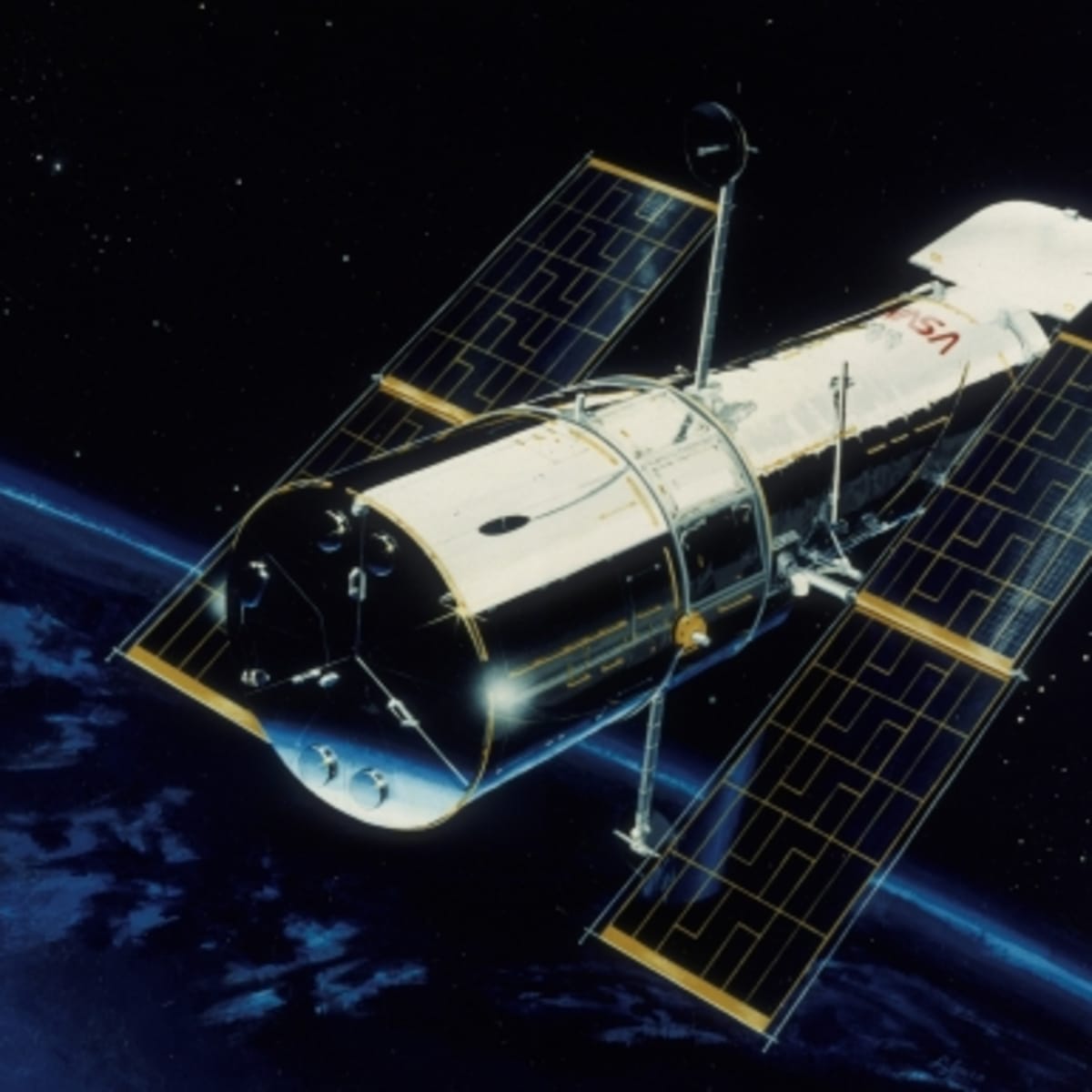 The Hubble space telescope – the world most powerfull telescope

Welcome to a virtual tour of the Hubble Space Telescope our window to the Stars. Hubble, which launched into space in 1990 circles the earth 15 times a day gazing into our vast universe.

Coming in at about the size of a school bus,
Hubble flies 340 miles above Earth’s surface.
It travels at a speed of about 5 miles per second.
Hubble’s position beyond Earth’s atmosphere gives us a clear view of cosmic objects.

Scientists observe these different wavelengths of light to learn about chemical content, temperature, density, and motion. This light can help us learn about the evolution of galaxies, stars, dark energy, and dark matter.

Now you see the wide field camera 3. This instrument was upgraded on the last servicing mission to Hubble. And is the most technologically advanced instrument on board.
Coming to the top of the telescope, you can look down and see Hubble’s two mirrors which are made of special glass with reflective coatings.

That glowing ring is Hubble’s soft capture mechanism, it will allow a robotic mission to safely move Hubble out of orbit when the telescope retires. You can also see two large solar panels.

The panels collect sunlight and convert it to electrical energy which is then stores in batteries and used to power the telescope. Hubble also has three fine guidance sensors that allow the telescope to point, lock onto, and measure the position of stars.

Once light is processed the antennas beam Hubble’s images and data to communication satellites. Then, those signals are sent to stations on the ground. The ground stations transmit the data to NASA’s Goddard Space Flight Center in Greenbelt, Maryland.

After it’s processed scientists will study this data and share their findings with the world.
We hope you enjoyed your tour of the Hubble Space Telescope.