Have I stepped inside the “Meta”? Meta by Facebook!?Friends, I’m going to talk about 5 new features that have come & 5-6 such features that are yet to come on WhatsApp.They’re great features & I’ll talk about them through WhatsApp itself!

WhatsApp Software – You all know WhatsApp’s desktop version but now there’s a standalone Windows & macOS app, And you don’t have to keep your mobile connected to it. So you can install WhatsApp as an independent software.That’ll be good as you don’t have to stay connected on the desktop through mobile. And they’re different softwares.

They’re useful because you don’t have to keep your phone connected & I can use it on my desktop as well as on my mobile.So now you won’t have to scan the QR code, you’ll just have to do it the first time & then you’re done!You can even install it now from the Microsoft store so if you’re interested, then download it now.

Sticker Maker – Stickers are already present on WhatsApp but now you can create your own custom stickers with your photos!There’s also a photo editor for you to cut your face/body to make different stickers, write on it & add smileys to it too.And it’s already live on desktop so you can use it via WhatsApp Web & they’re working on the mobile version.

So it’ll be a new way of expressing yourself on WhatsApp.There are structural changes as well in design. Your profile picture/group info structure has changed.Profile picture now looks circular & the layout has improved if you compare it with the previous version.Now I like the profile/group info area as it’s streamlined.

The most helpful feature is here! You can now individually report messages.If you have reported individual messages then the data of the contact that sent the message along with the previous forwarded messages,will go to WhatsApp for them to find that you’ve reported the message to find if there’s a problem.

So individual messages can be reported & there are many such messages that shouldn’t be forwarded & shouldn’t be on WhatsApp.So it’s a new & a good feature to have!Chat History Migration – When you want to shift from iOS to Android or vice versa, it’s very difficult to migrate the chat history.But now it’s being natively supported. Samsung & Pixel phones have already adapted it but when Android 12 phones will launch,

They might have illegal names/might spam a lot/might send sensitive messages & people are reporting them.Then now WhatsApp can remotely end the group but what if a group that isn’t supposed to end gets ended?These are features that are coming in some time!Eg) I’m looking forward to communities.

This feature is coming soon where you can decide who wants to view your profile photo/your status/contact information.If you don’t want to share, then you can do that in the settings, so that’s an important & a useful privacy feature!There’s a great thing coming, message reaction!When you react, you react as a message, but if you want to react to an emoji, like on Facebook Messenger/on posts,

you can now do that on WhatsApp.There are changes in audio too, eg) If someone sends an audio message then you have to be on the chat window.A 1-2 minutes audio isn’t a problem but a 30 minutes/1 hour audio that you just want to listen while doing something else,is possible now. WhatsApp is now bringing Global Voice Message Player, where audio will play in the background & you can use WhatsApp. 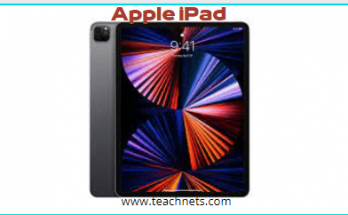