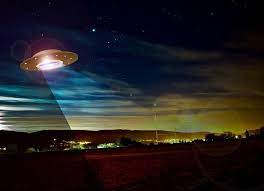 What is light pollution and how harmful is it to us?

What is light pollution and how harmful is it to us? The incident was widely discussed on social media as residents of densely populated areas like Karachi and Lahore could not see the real sky due to the abundance of lights.

Many people know for the first time that light pollution is also a form of pollution, due to which not only the beautiful night sky has been taken away from us but it is also causing climate change.

What are the effects of light pollution on human health?

Ryan Khan said that the human body’s system operates on a specific cycle of nature called ‘Sir Caden Rhythm’ which also includes sleeping and waking hours. During sleep, our brain releases a hormone called melatonin, the secretion of which is related to darkness.

If there is light on the brain while sleeping, such as sleeping with a smartphone, then the emission of melatonin will be affected

This increases the risk of sleep disturbances and other health problems such as headaches, fatigue, nervous tension, lack of sleep due to obesity, depression and many other types of cancer including breast cancer.

According to Ryan, the most harmful is the use of smartphones, the light emitted from which is increasing the problems of vision and mental health. People are getting irritable, angry and grumpy and their endurance is getting less and less.

What steps are being taken in Pakistan in this regard?

Ryan Khan told Deutsche Welle that with the increase in population in urban areas, light pollution in Pakistan is gradually increasing, with Karachi topping the list.

Ryan has been working for many years to raise awareness in Pakistan under the Dark Sky organization and wears a specially designed ‘costume’ in public places. This full black costume has sensors attached to Ryan’s smartphones and makes a sound when exposed to light.

Ryan explains that despite the passage of time, wherever he goes in this costume, people call him a “space creature”. There will be a difference in how much light there is in a place, which needs to be reduced.

According to him, like the western countries, first of all we have to formulate and implement indoor and outdoor light policy so that the lights in homes and public places remain within these limits. Ryan is active in this area and has developed a light implementation policy.

What is light pollution?

Ryan Khan is the ambassador to Pakistan of the International Astronomical Union of Dark Skies, an organization that promotes light pollution, and is the founder of the Cosmic Tribe Society. “All the artificial lights around us are causing light pollution,” Ryan told DW Urdu.

These include homes, entertainment venues, shopping malls, hotels and street lights. Lights emitted from smartphones also contribute to light pollution, which affects human health the most.

Mysterious orbiting object in the galaxy

Lahore, the most polluted city in the world

According to Ryan Khan, light pollution has not been a major cause of air, water and other pollution. In 1879, Thomas Edison invented the light bulb, before which the only source of artificial light was fire.

Perhaps this is why the effects of light pollution on our lives and ecosystems are not yet so profound and many people in Pakistan are not even aware of it.

Ryan says that due to the technological revolution and modern lifestyles, 99% of areas in the United States and Europe suffer from severe light pollution. Globally, 83% of the population is affected by this pollution. Excessive exposure to light is affecting mental health as well as the ecosystem.

According to experts, light pollution is increasing at an annual rate of 2%. Due to the increase in urban population in Pakistan and other developing countries, this ratio is likely to increase rapidly in the next few years.

Ryan Khan said that these lights, which are part of today’s lifestyle, require energy to burn them, which is mostly obtained from fossil fuels. Increasing use of fossil fuels is accelerating global warming, climate change and natural disasters.

Ryan adds that light pollution is also a serious threat to wildlife. It is having a negative effect on the physiology of plants and animals. Many animals and birds around the world migrate twice a year from their designated routes. But with the rising artificial lights on these routes, they get lost and die. According to experts, 100 million to 1 billion migratory birds die each year in the United States alone due to artificial lighting.